Francesco Losavio is a bass player and composer based in Basel. Born in Conversano (area of Bari – south Italy), he started playing the electric bass when he was 12 as an autodidact. At the age of 16, he meets the world of Jazz music, discovered by listening to Charles Mingus and John Coltrane. So a few years later he applied to Siena Jazz University where, after a few years of preparatory studies, he obtained his Bachelor’s degree with a score of 110/110 in Jazz double bass by studying with maestros Silvia Bolognesi, Pietro Leveratto and Ferruccio Spinetti.

From 2012 he has the opportunity to play and study with italian and international jazz musicians as Furio Di Castri, Matt Penmann, Mark Turner, Reuben Rogers, Alessandro Giachero, Claudio Fasoli, Maurizio Giammarco, Ettore Fioravanti, Theo Blackmann, John Taylor, Tim Berne and Steve Lehman. In 2014 attend the International Summer Workshop of Siena Jazz. Since 2013 perform with a lot of jazz ensemble and from the same year until 2016 attend the “Permanent Laboratories for Musical Research” conducted by Stefano Battaglia, workshop about musical research, improvisation and composition.

Upon the completion of the Siena Jazz University, Francesco relocated to Switzerland and attend a first Master in Jazz Performance at the Lucerne University of Applied Sciences and Arts, and a second Master in Music Pedagogy at the Zurich University of the Arts.
In addition to pedagogical studies and to jazz music, at ZHDK in Zurich he deepened classical technique and repertoire with maestro Andreas Cincera.
Between Lucerne and Zurich Francesco has been fortunate to perform and learn alongside such great musicians as Heiri Känzig, Larry Grenadier, Dominique Girod, Michael Formanek, Susanne Abbuehl, Bänz Oester, David Virelles, Christoph Grab, Perico Sambeat, Nat Su and many others.

The influences received between jazz, classical music and free improvisation have contributed leading him to an intense research on instrumental aspect, composition and improvisation which continues relentlessly alongside teaching and performing. Until now he has played concerts in Italy, Spain, Sweden, Holland, Switzerland and Germany and participated as a sideman on several records.

At the beginning of 2020 comes his first experience as a leader with “Directions” released in March 2021. 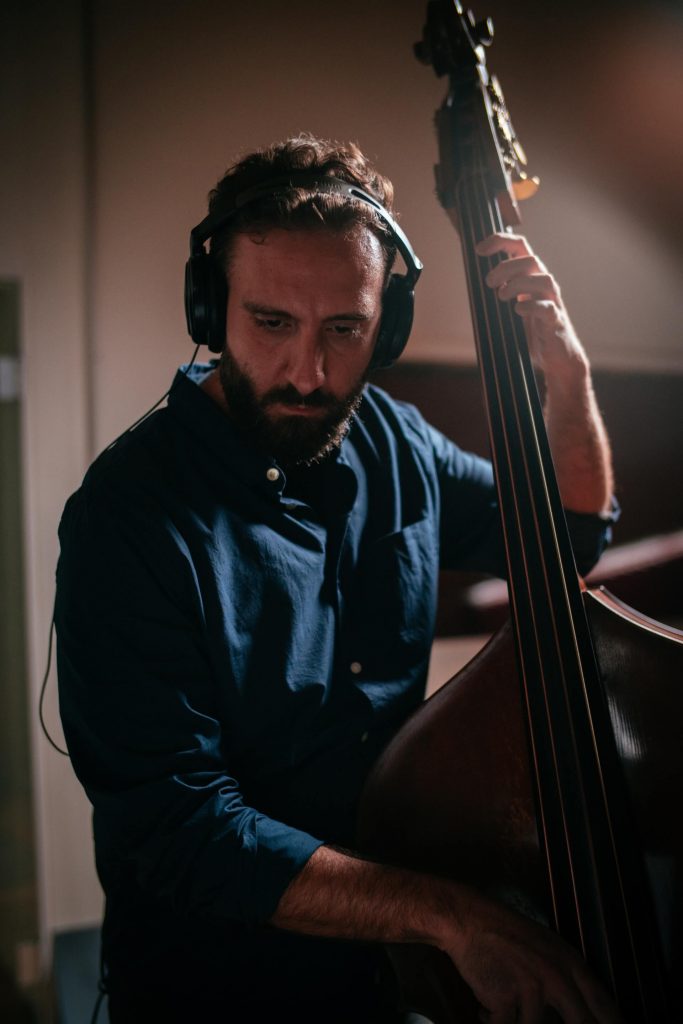